Today I created a card using the Awesome Otters from Stampin’ Up! This is a Sale-a-bration Stamp set for January-February 2022 that you can earn for free with a $90 spend in Australia.

Add All to Cart

My youngest daughter Hannah turns 12 in Lockdown today. We live in Sydney Australia and we have been in lockdown since the end of June and we are now at week 11 and there looks like there will be another 8 weeks at least.

But as Hannah turns 12 and we are in lockdown I wanted to celebrate her as much as we can at this time. So I made her this card as she is a huge fan of Harry Potter. She has read all the books and her favourite house is Hufflepuff which is why the card is the colours that they are. The majority of her gifts are Harry Potter related so I hope she is going to be super excited with them.

I used the Suit & Tie dies and the Playful Alphabet dies from Stampin’ Up! And then used the Biggest Wish stamp set for the sentiment inside. I did make a smudge on the collar but hopefully it just adds to the look of the card and highschool 🙂

Welcome to the March Stampers Anonymous Team BlogHop #28. You may have joined me from Elizabeth’s Blog or you may have started here. This month’s Blog Hop is to a colour challenge. Colour challenges can be fun and not so fun, if you know what I mean. But I do like these colours together and I knew which stamp set I wanted to use straight away.

I wanted to use products from the January to June Mini Catalogue and I like the Fine Art Floral Suite. And with so many great products that are still available, you’ll want to get your hands on these products now.

I had some inspiration for this card from one I recieved this past week from our Demonstrator Development Manager, Clare. Her card is gorgeous and had an embossed frame and I wanted to incorporate that into my card.
However, I felt the white in the background was a bit stark for me so I chose one of colours to be a background layer. Then I chose the coordinating Painted Texture 3D Embossing Folder from the Art Gallery Suite. I applied some ink to the folder and then ran it through
the Stampin’ Cut & Emboss Machine to add some depth to the embossed image.

You can continue to hop along with the March Stampers Anonymous Team Blog Hop #28 by clicking on any of the links below. Even though we may be small in number but I know the creativity in this group will be huge!

Use the Beautiful Autumn Bundle to make quick elegant cards for autumn or any time of year! Get it in my store here. You can see other bundles that I’ve featured here.

Our craft bundles make coordination easy. Stamp & tool bundles help you quickly cut out stamped images for a single project or create multiples of the same project with ease.

The Whale of a Time Suite is found in the Stampin’ Up! Annual Catalogue. This suite was meant to speak to children, but is sophisticated enough that it speaks to adults too. Whales are oh, so a la mode. Stampin’ Up! has provided a gorgeous water color designer series paper (DSP) in 6×6 with 4 each of 12 double-sided designs creating a 48 sheet total. One of the designs on the DSP is sized just right for punching the whales out with the included Whale Punch.

The Sea Bed 3D Embossing Folder is so full of ocean plants, it creates beautiful textures which are sure to add beauty to any project. With the detailed sequins and flowing ribbon you can add the perfect amount of sparkle to your project. The colors used in this suite are: Balmy Blue, Blackberry Bliss, Bumblebee, Calypso Coral, Granny Apple Green, Just Jade, Pacific Point, Pool Party, Pretty Peacock, Shaded Spruce

Make a splash with effervescent seascapes populated with sweet sea creatures. Cut out the whales using the Whale Punch to make quick accents on projects that everyone will love – children and grown ups alike!

Some of the patterns on the Whale of a Time 6×6″ Designer Series Paper are ideal for 3×3″ cards. Simply cut the paper to size and use it as the background.

Last week my family and I were at The Collaroy Centre at a conference for the Christian Camping industry.  We have been attending this conference since 2008 and it is run every second year.  They run a trade show each time and as my husband runs his own business, Ministry of Tech, we have a stand at the Trade Show.  It’s a good way to increase business for the next two years.

This year we decided we were going to do a marketing campaign that would involve a seat drop where we would put something onto each seat for the delegates.  We came up with this idea. 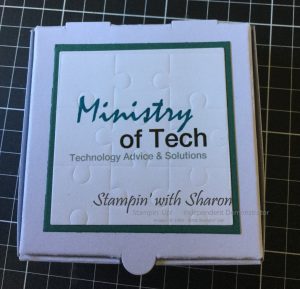 As Stampin’ Up! sell the mini pizza boxes,

I thought it was something different than just a flyer dropped onto the seat and would also be something that people would remember.  This idea has just grown into something that we didn’t expect.

On the top of the box I have used Tranquil Tide card cut out with a square from the Layering Squares Dies.  I printed our logo onto Whisper White card stock and then cut that out using the Layering Squares Dies.  We decided that we wanted to go with a theme of puzzle pieces which Stampin’ Up!’s Puzzle Pieces Thinlits and Big Shot Embossing Mats came in handy for.  You can see the embossed image of puzzles on the top of the box. 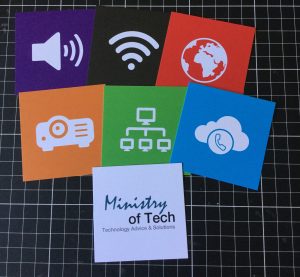 We made up square business cards to go into the boxes with different icons to match the different areas of products & services that we provide.

We wanted to do some giveaways as well to some of the delegates so we came up with the idea of a puzzle that they had to solve.  But we mixed up the puzzle pieces to make it a little harder and for them to mingle and network with the other delegates.

We were hoping the giveaways would have taken a couple of days for them to do but they were all completed within 15 minutes. We’ll have to come up with something that will take a lot longer next time around.

This term I will be holding another Childrens Craft Course.  The course is for children in years 2 and up.  The course will run on Wednesdays 4pm-530pm commencing 14th February through till 28th March, 2018.

During the course the children will learn about colour theory and stamping techniques.  The projects that they’ll be making this term will be a 3D Frame with coloured swirls, a set of 6 cards with a box, 8 easter baskets that the kids can put eggs into and give to their friends and 4 more cards using some water colour pencils.

If you’d like to book your kids into this class then send me an email and I’ll book them in.  My classes are limited to 6 students to allow me time to spend with each student. 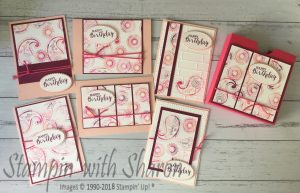 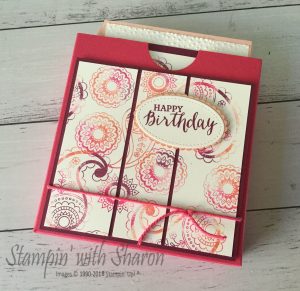 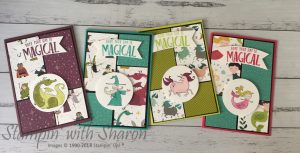 Please use the Hostess Code

All orders that have this Host code will receive a thank you gift from me. 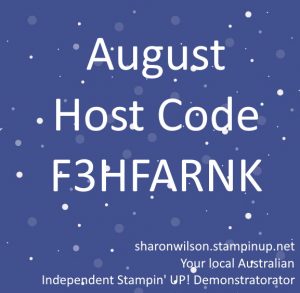 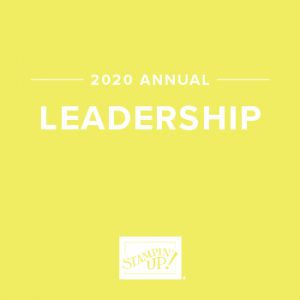 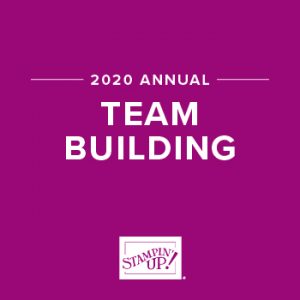 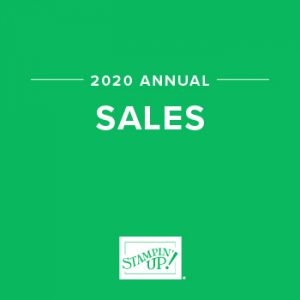